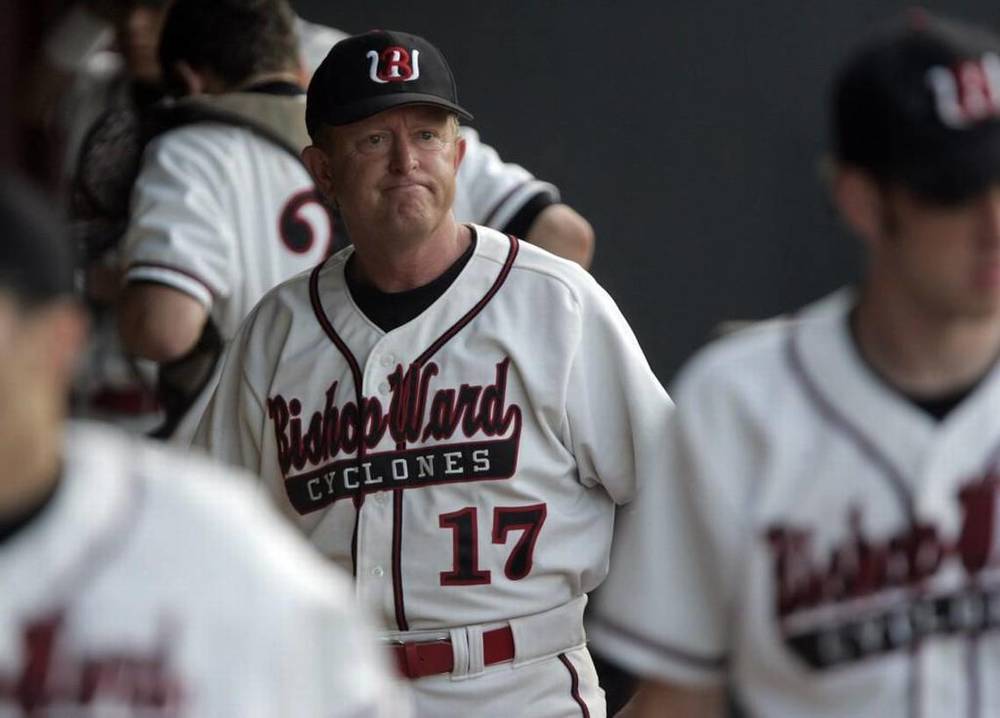 Bishop Ward High School is pleased to announce that former Head Baseball Coach, Dennis Hurla, will be inducted into the Kansas Association of Baseball Coaches Hall of Fame this evening, Thursday, January 13, at an induction ceremony in Topeka, KS.

Coach Hurla’s legacy spanned 20 years. In his 20 seasons at Bishop Ward, Coach’s teams played in the state championship game 14 times, bringing home 10 Class 4A State Championships, four runner-up finishes, one third place and one fourth place finish in the state. He finished his career at Bishop Ward with a 98-11 record in post-season play.  From 2006 to 2008, his teams won 45 consecutive games to set the Kansas state record in all classes for consecutive games won. This included an undefeated season in 2007 in which the Cyclones finished 26-0. This record still stands today.  Within this remarkable run, Hurla's teams won six consecutive state championships from 2003 to 2008.  Player readiness and preparation was a hallmark of Coach’s teams.  Alumnus and former player, Matthew Garcia ’08, states it best: “Every year going to state we had an itinerary for each day. We were there for one thing and we always took care of business.”

Coach Hurla said that he contributes his success “to family and surrounding himself with good people.  Combine that with hard work and good fortune and the good Lord looking over me.”

This is an incredible honor for Coach and Bishop Ward is extremely proud of him, his coaching staffs, and all of his players. The award presentation can be viewed by visiting the Kansas Association of Baseball Coaches website at kabcbaseball.org.